The Gardens of our Time, a parable

The background to this parable.
The breakdown of the financial systems in the USA and Europe in 2008. Starting with the bankruptcy of Lehman Brothers in September, 2008
http://en.wikipedia.org/wiki/Bankruptcy_of_Lehman_Brothers
and leading to disasters such as the failure of the Royal Bank of Scotland and other banks in UK. As a result the UK Government by guaranteeing their solvency made a burden of debt the responsibilty of taxpayers well into the future. A shaming feature of the incompetent investment industry was that its leaders held on grimly to the perks, the possibility of which had itself caused part of the problem. For example, Sir Fred Goodwin of the Royal Bank of Scotland was one of these leaders -
http://www.tutorialhell.com/index.php?option=com_hwdvideoshare&task=viewvideo&Itemid=1&video_id=2

- who had led the bank into excessive and unwise expansion and was forced (!) to retire with a pension and property worth more than eight million pounds. And had the nerve to declare that he had more than earned it!!

And it came about that in a certain country there were multitudes of men and women who worked their gardens. And with a garden wall or a garden fence, each person felt even safe in their garden. Thus they transformed their plots into an ordered domain.
In time it gave the multitudes great pleasure to look at their gardens and ponder on the virtues of growth, and linger there. Garden Centres grew in abundance and fulfilled their task with Stocks of Tools, of Compost and of the Plants that Flourished. The Elders gave advice on the many Kinds of Fertiliser with which to improve the Growth of the Garden. And they did give judgement on Control of Pests, Elimination of Weeds and other Blights which might hinder the success of the garden. And so it seemed ordained.
Howsoever, in the fullness of time, there proliferated large Groups of Garden Centres, and many Wise Men to plan and advise. And they were well rewarded, these Wise Men of Acumen, for their work bore Fruit in the Gardens and they received their portion and it was a Goodly Portion. And in order to increase the amount of Soil, and create Bountifulness, their Wisdom turned to creating an Amplitude of Hybrids and the Development of New Ground.
The aforesaid Hybrids often had Uncertain Provenance compared to older Types of Plant. And it appeareth that these Hybrids had other qualities which seemed appropriate to the Wise Men who took their portion of the Soil even unto their own gardens. And the Wise Men grew in power in their Field. And as to the Development of New Ground it came about that certain Wise Men acquired rights to some land of the Tundra. (This surprised a lot of gardeners as nothing grows there except moss.) The possible uses of Tundra Soil were only understood by the Mighty Wise Men who continued to grow in number and power in the Land of Gardens. Amongst these Mighty Men, it is said, were two brothers called Lehmann.
Whereupon the Tundra soil was put into sacks, called PORTFOLIOS, and sold in Garden Centres. The result was that the so-called Benefits of Tundra Gardening were spread around like Manure. But unlike Manure, the Tundra Compost killed off large areas of garden and even totally destroyed unto some large plots. And some were be-filled with Northern Rocks.
Then all the gardeners in the land looked to the BAGG* to deliver them from this Severe Blight upon their gardens and upon their very lives and well-being. A Great Gallimaufry of Gardeners desired to heap Portfolios of Manure on the BAGG for their lack of control of the aforesaid Mighty Wise Men.
Thereupon the British Prime Gardener and the Head of Allotments summoned the Highest Elders amongst the Mighty Wise Men of the Garden Centres, and in particular, the Eldest of The Royal Garden Centre Group of Scotland to a meeting in their Downing Street Garden Shed.
Therefrom it was commanded that henceforth the Tundra should no longer be bagged (Portfolio-ed) and gardeners would have to manage with less soil and whatsoever else was still Diggable in Their Allotments. And it was guaranteed by decree that Holes in Gardens should not get deeper, thereby preventing many gardeners coming to harm in the land by falling into the Aforesaid Holes. And whereby rendering themselves unable to vote for the British Prime Gardener's display at the quinquennial Garden Fete. And yet much gloom still descended on the Land with Large Recesses in its Gardens. 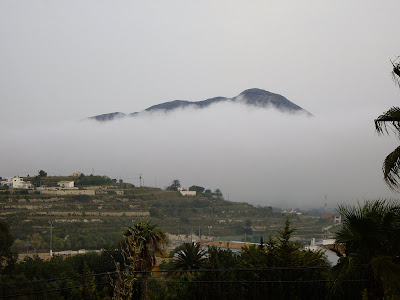 In the words of the Wise Men 'a period of recession' has come to pass. (*British Association of Garden Government) 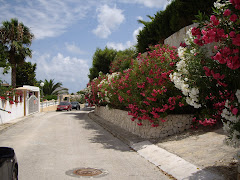 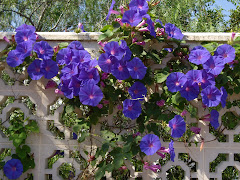 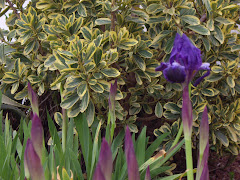 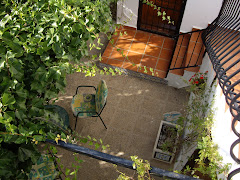 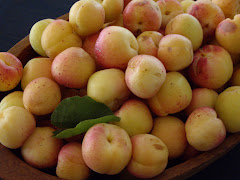 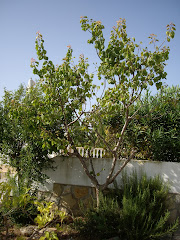